Among the 33 Zilla Parishads in Maharashtra, one is for each district. Panchayat Samiti, which is a local government body at the Tehsil level, is the link between Zilla Parishad and gram Panchayat. Among the 355 panchayat samitis or block panchayats, 13 are in Nagpur district. Maharashtra possesses 28, 813 Gram Panchayats, the local self-government bodies at the village level, among which 778 are in Nagpur district. 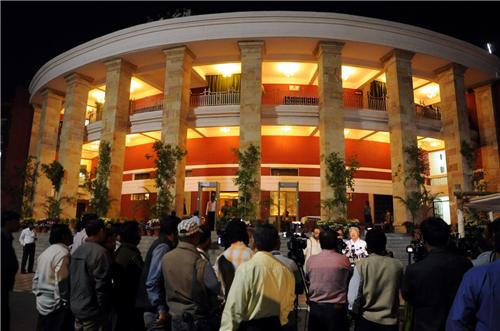 The Municipal Council for Nagpur which was established in 1864 had a total area of 15.5 sq km with a population was 82,000. The duties which were entrusted then inlcuded arranging for street lights and water supply with government assistance and maintaining cleanliness of the city. The services of the municipal council include:

Maharashtra State has 288 Vidhan Sabha (legislative assembly) constituencies among them 12 are in Nagpur district. They are;

Lets have a brief description of administration structure in Nagpur district
With the combined and sincere functioning of all these government bodies of Nagpur, the administration in the district is functioned smoothly.