Business and Economy in Nagpur

Nagpur, an emerging metropolis of India, is the main center of commerce in Vidhan region. Since the early days, Nagpur has been able to hold a prominent position in the business and economy of Maharashtra State. The city, which possesses the number of households that have an annual income of Rs 1 core or more, was ranked as one of the fastest growing cities of the country.

The economic prominence of Nagpur declined after the merger of Vidarbha into the Maharashtra. Naturally the attention of state is diverted into Mumbai and Pune. It was a period of neglect towards Nagpur by the state Government. However, the city gradually recovered its economy later. Now, Government has realised the possibilities of Nagpur and as a result an approximate amount of 500 crores was sanctioned in 2004 to invest in Nagpur to build business infrastructure of the city. It helps the economy of Nagpur much from solving its past low down. 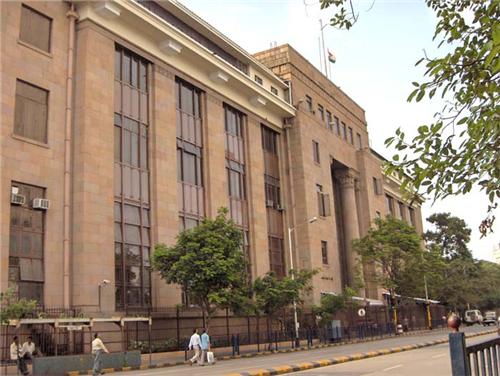 Nagpur is the 11th most competitive city in India and it has branches of most of the popular banks of the country. All these branches have updated with advanced technical features such as internet banking, ATM etc. The regional office of Reserve Bank of India is situated in Nagpur. There are two branches of Reserve Bank of India in the city among which one handles the entire gold assets of India.
To know about the various Banks in Nagpur click here

Explore the various industries in Nagpur

As Nagpur is a day to day leading industrial and commercial city, it is an ideal spot for real estate business. Nowadays people show interest to invest in the field of real estate in Nagpur city and it results in the emergence of some real estate agencies and housing companies here. The services of these agencies are to help in selling of one’s own land property, buying of a new or old puiece of land, giving or taking land on lease. They also help in buying, selling or leasing of residential flat, house or building for business.

The number of huge industries in Nagpur does not mean that agriculture is being neglected here. Nagpur is also known as orange city, as it is the most important agriculture here. The principal corps here like sugarcane, soya bean, wheat, mung, pulses, gram, wheat, jowar, linseed, bajra, cotton, sunflower, groundnut, tur and others contributes to the economy of the city. The crops of Nagpur are broadly classified into two groups; Rabi and Kharif. While Kharif crops include sugarcane, soya bean and Mung, the Rabi crops consist of gram and linseed.

As the region is rich in natural resources, mining is a major activity here. There are many government organizations related to mining industry in Nagpur. The city homes the head office of Western Coalfields Limited (WCL), one of the eight fully owned subsidiaries of Coal India Limited.

Government takes special care in the industrial, agricultural and commercial development of Nagpur that will result in the economic stability and growth of the city.