Nagpur, well known as city of Oranges, is one of the cities in state of Maharashtra. If it is checked based on practicality, then it is at the centre of India and also has the presence of zero milestones (which is a monument which helps in locating the geographical centre, during British time it was the measuring point for all locations) of India and is considered as the capital city of Maharashtra in winter. After Mumbai and Pune, it is third largest city which is becoming quite popular with regards to commercialization, transportation and Industrial location or working areas. Products which are famous in Nagpur are iron, textiles and brassware.

All famous highways like NH-6 (Mumbai-Sambalpur-Calcutta) and NH-7 (Varanasi - Kanyakumari) goes through Nagpur and also the famous railway trunk route crosses the city of Nagpur (Mumbai, Howrah, Chennai and Delhi). All the essential state and central government offices along with institutions are located in city of Nagpur. Nagpur lies at 210.07 degrees North latitude and 790.07 degrees East Longitude. 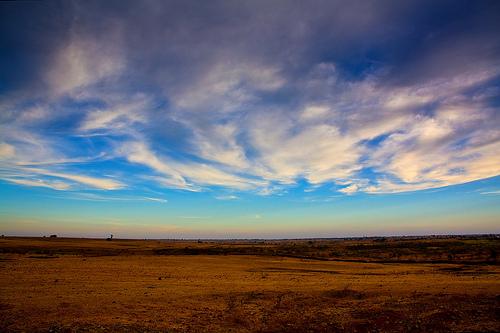 Nagpur district is surrounded by Bhandara District in east, on the south east lies Chandrapur district, on Southwest lies Wardha district, on northwest lies Amravati district, and in North lies the Chhindwara district. The district of Nagpur is divided into 14 talukas and 12 Vidhan Sabha constituencies.

It is 13th most populated city and 13th largest urban cluster in India. According to the census of 2011, the population of Nagpur was recorded as 4,653,171 which were roughly similar to the nation of Ireland. The climate of Nagpur is mostly dry throughout the year with seasonal rainfall. The annual rainfall which is witnessed in area is around 1,205mm (which is equivalent to 47.44 inches) due to monsoon rains which occur in month of June to September. Summers in this region are extremely hot which lasts from March to June mostly, but hottest month is May. Winter lasts from November to January, during the winters it has witnessed that the temperature drops down below 10 degree Celsius or 50 degree Fahrenheit. Recently the highest recorded temperature for the year 2013, in Nagpur was around 47.9 degree Celsius on 22nd May 2013 and the lowest went to around 3.9 degree Celsius.

For visitors, some of the major attractions with respect to places are- Seminary hill, Sitabuldi fort, Deekshabhoomi, Shukrawari Lake, Zero Mile Stone, Maharajbagh zoo, Raman science centre and many more. Further it also boasts that it has a vast forest area and tiger Sanctuaries within the radius of few hundred kilometres. It is marked with remarkable artificial and natural lakes and among them the largest is Ambazari Lake. Some other natural lakes are Telangkhedi and Gorewada Lake. Some of the historical rulers have created some artificial lakes which are Gandhisagar and Sonegaon. In fact further it has been named as Tiger capital of the Country. Major national parks which could not be left behind without mentioning are – Tadoba, Nagzira, Kanha, Pench, Melghat etc. Due to proximity with the international airport, lots of tourists do visit this attractive location and enjoy to the fullest.

The Geography of Nagpur would be incomplete if there is no mention of the rivers flowing across the city. Some of the famous river in Nagpur are- Godavari, Wardha, Kanhan, Pench and Wainganga. Other essential facts about Nagpur are- Firstly, it covers an area of 218 Km per square, Languages spoken are Marathi and Hindi. Secondly, the STD code which is followed in the area is 0712, thirdly the literacy is around 84.18%, fourthly, it is confined with best literacy rate of around 93.13%, and according to 2010 records it has been proved that Nagpur is considered as the second greenest city after Chandigarh. Recently, the Government of India has selected Nagpur as Model city for the National Clean air mission (for which around 25 crores of plans was furnished). Major commercial area which is in the heart of city is Sitabuldi (which is in Central Market). Nagpur owes around 3 state Universities, and Nagpur University is considered as one of the oldest which was founded in the year 1923.