Amboli hill station is situated on the southern ranges of the Sahyadri Hill. Amboli is situated at an altitude of 690m, the view from such high altitude is lavishing and being a major attraction for tourist coming from all corners of the world. On the Sahyadri hill ranges it is the last mountain resort before it meets the flat beaches.  Sight of Konkan Coast down the hill is a rare view caught only from Amboli hill station. The cool weather at hill gives relaxing day from hot and humid summer. All mode of transportation are valuable via taxis, rickshaws, horseback and bicycles. 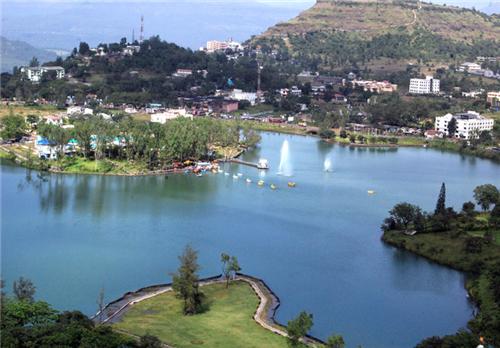 Government has offered various bus service A/C, non A/C buses all are available with fare of Rs. 3 to 4 per head. Hill station is well connected with all neighboring cities Mumbai and Pune. From railway station taxis are available to reach the heart of the city which took Rs. 900 as fare amount. The hill station is situated at about 1000m height.  Situated at top of  Sahyadri ranges, Gandhi Shikar. River stream over the mountain, birds flying and residing on tree gives an incredible visual experience.

The pleasant climate at Saptura make it suitable for tourist to visit the hill station throughout the year. The place is enriched with enormous biodiversity along with the 'Dangri' group people make it more traditional. The panoramic view of landscape it is developed as a hill resort  Now the area has developed with all modern facilities like hotels, parks, swimming pool, boat club, theatres and a museum to spend an enjoyable time in the womb of nature filled with fresh and cool air.

The word sapotar means “'abode of serpents,'” which describes an image of a snake on the shores of the Sarpagana river, which passes through the town. This image is worshipped by the tribal people during Holi, which is celebrated as a major festival in Saputara.

It is a perfect place for all nature lovers who wants in spend time in the womb of nature. The hill station is named after the name of a most famous seminary, which is the Seminary of St. Charle. The seminary was situated on the outskirts of Nagpur city, which is about 6 km towards west of the city. Tourist coming at here love to do trekking. At the top of the hills a panoramic view of the whole city can be viewed.
Balaji Mandiri situated on the seminary hill, which is dedicated to Shri Balaji. At a distance of 8 km Sonegaon airport is situated to the south of the Nagpur.  To enjoying travelling to Nagpur via road The National Highway 7 and the National Highway 6 are also available. It is one of the most famous and beautiful hill stations in Nagpur, Maharashtra. Tourists are attracted towards the Seminary hill just because of the natural beauty of this place.   Local bus services, Cycle and Auto rickshaws are available in the Nagpur city which can be used to reach the desired destination like Seminary hill. The place doesn't available any accommodation facility, one has to stay in the Nagpur city itself.

It is counted amongst the major tourist attraction in Maharashtra situated at top of the Twin Mountain, built by British officers in 1857. Sitabuldi hill is one of the oldest attractions the city. Sitabuldi fort on top of the Sitabuldi hill is constructed along with the office of the Territorial Army. The office of Army is open on National holidays for general public. Maharashtra government doesn't offer any accommodation here one have to stay in the Nagpur city itself to visit the Siatabuildi Hill.

It is situated on the Satpuda mountains ranges at a height of 1461m. It is one of the most peaceful places on earth. Toranmal is a hill station with complete peace and freshness filled in the air. And, it scenic beauty attracts tourist from worldwide. Yashwant Lake, Seetha Khali and many ancient temples adds to the beauty of the place. The nearest airport to Toranmal is Aurangabad and railway station is Nandurbar, which is 76 kms away from southern railway. Another railway connectivity is with is Dhule, which is 128 kms away. 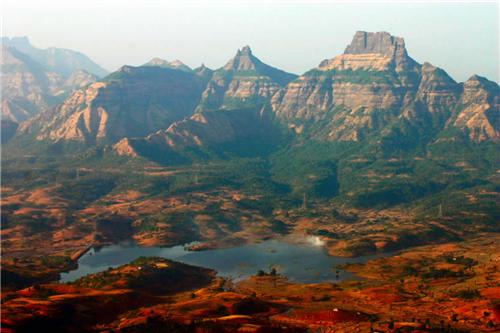 It is also near Nagpur. It is famous for its sloopy steepy drops made below the plain which looks incredible and stunningly dangerous. It is located at an altitude of 800 metres. In summers temperature reaches 32 deg C and in winter it is around 16 deg C with annual rainfall of 524 cm. It can be visited all-round the year. MTDC has availed accommodation facilities with the total capacity being 83 persons in the resort.

The entire greenery around the hill looks incredibly beautiful.At night, from Hart Point a glimpse of busy life of Bombay sparkling in the night can be viewed. It is the most popular picnics spot and fireside revelry. The market in the hill station is filled with attractive items which attracts tourist to buy items like hats, leather made items, chappals and the irresistible chikki loved by young and old alike. Charlotte Lake appears in between its way. The best time to visit the hill station is from October to May.  The place is connected via air, road, and rail. Nearest airport is Mumbai, which is 100 km. away from the resort.

Near Nagpur a very famous resort is situated associated with an interesting story from Mahabharata. It is stated that at Chikhaldara Bheema killed the villainous Keechaka and through him into valley. It is situated at an altitude of at an altitude of 1118 m. in the Vidharba region of Maharashtra. It receives 154cm square of rainfall. The resort is very close to Nagpur, Mumbai Amravati, Wardha, Akola and other cities. In summer the place has a temperature of about 35 deg C while in winter it reaches 5 deg C. From October to June Chikhaldara has pleasant weather and is considered best time to visit.

It is about 763km away from Mumbai. Nearestt railway station is Badnera, which is aboit 110 km away. The place is connected to major cities by road as well. Bus services are also available which connects Nagpur city, Amravati region Wardha, Akola and other nearby cities. Maharashtra Tourism Development Corporation has developed resorts for visitors stay in Chikhaldara.

An important tourist attraction Harihareshwar is situated just 727 km away from Nagpur.  It is surrounded by four hills Harihareshwar, Harshinachal, Bramhadri and Pushpadri. From Harihareshwar mountain, river Savitri flows into Arabian sea.  Hrihareshwar is also known as Dev-ghar or "house of God”.