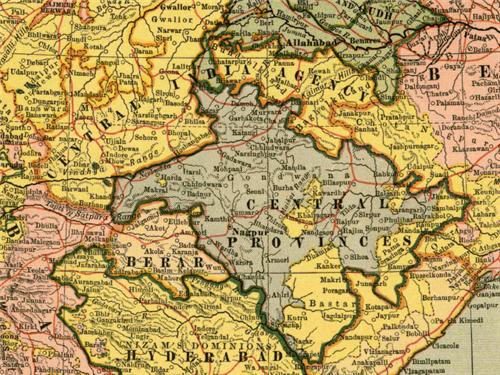 The History of Nagpur could be traced back to 3000 years which is mentioned as 8th century B.C. The burial sites of Mehir present in the area of Drugdhamna indicated that the culture existed in and around the area. The first significance of the name came into picture in 10th century, when a copper plate inscription, which was discovered at Devali at the neighbouring Wardha district. In the end of the 3rd century, King Vindhyasakti ruled the Nagpur region.

During the 4th century, the Vakataka Dynasty ruled over Nagpur and the adjoining areas and had great relationship with Gupta Empire. In the 17th century, the Mughal Empire conquered the region. Whereas the regional administration was carried out by the kingdom of Gond of Deogarh - Nagpur in the district of Chhindwara district (which is in Madhya Pradesh with regards to modern day).

Some recent history which is ascribed over here is that Nagpur was founded by Bakht Buland, who was prince of the Kingdom named Deogarh - Nagpur. The next king of the Deogarh was Chand sultan, who used to reside principally in the country below the hills, and fixed Nagpur as his capital and turned it into the walled town. When Chand Sultan died in the year 1739, his illegitimate child usurped the throne and Chand’s widow invoked the aid of Maratha leader Raghoji Bhonsale of Berar (which was in the interest of her sons named Burhan shah and Akbar shah).

The citizens were shown the right path and the right heirs were given the opportunity placed on the throne. After the year 1743, some series of the Maratha rulers came to the power which started with Raghoji Bhonsale (who conquered the territories of Deogarh, Chhattisgarh and Chanda by 1751. After the death of Raghoji’s in the year 1755, his son and successor Janoji was forced to acknowledge the efficient supremacy of the Maratha Peshwa of Pune in 1769. The state of Nagpur continued to grow even after the Marathas came to power. Under the power of Rajoji-II, Nagpur covered the whole region of east Maharashtra, Orissa, Chhattisgarh and some parts of Madhya Pradesh and Jharkhand.

In the year 1861, the province of Nagpur became part of the Central province and came under the power and rule of British central Government. They kept Nagpur as its capital and the time came when Tata Group of industries opened its first textile mills and was inaugurated on 1 January 1877, the day when Queen Victoria was proclaimed Empress of India.

Further to its development, the first college of Nagpur came into existence in the year 1885 June and was named as Morris college, Nagpur. In 1903, Berar was added, and some of the activities with regards to the freedom struggle which attracted people’s attention were hosting of the two annual sessions of the Indian National Congress.  The session Non-cooperation was launched at Nagpur in the year 1920.

In year 1925, KB Hadgewar, founded a Hindu nationalist organization which was named as RSS (which focused on formation of the Hindu nation).

When India got independence in the year 1947, Berar and Central provinces became one of the province of India and in the year 1950, became the Indian state of Madhya Pradesh and was capital at that time also.

Whereas when the states were shuffled in the year 1956, Berar and Nagpur region were transferred to Bombay state which got divided between the states of Maharashtra and Gujarat. One of the distracting event which the city witnessed was the stampede deaths at Gowari in the year 1994.