Kamptee, initially named Camp-T, is a small town in Nagpur. It is situated below the convergence of the Kanhan, Kolar and Pench rivers and serves as the administrative center for Kamptee taluka. The little known town came into being in the year 1821 when the British set up their military cantonment by the side of the Kanhan River. It soon became a significant center for trade however unfortunately with the commencement of the railway the trade here saw a downfall. 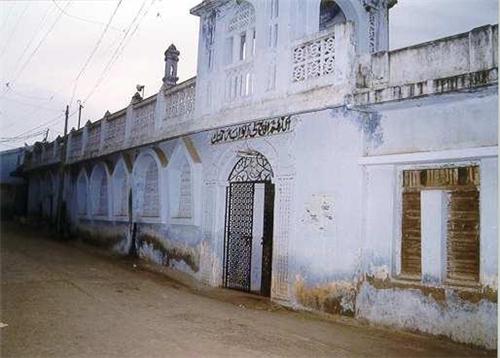 The town has a good education system. There are several pre-primary, primary and secondary schools situated here. Two tertiary colleges namely the Seth Kesrimal Porwal College and Smt Kishoritai Bhoyar College of Pharmacy are also located here. Both the colleges have good infrastructure and learned faculty members. Students from Kamptee as well as the adjoining areas seek admission in these colleges. Kamptee Polytechnic also draws several students each year and is known for training them well in different fields.

It also has good medical facilities. It has ten big hospitals that have well qualified doctors. There are three government hospitals, one Military hospital, one Cantonment hospital and one Sub District hospital. These are equipped with all the modern facilities and experienced staff. Homeopathic as well as Ayurvedic clinics are also set up in the town. In addition to this, Kamptee includes a huge water filter plant that supplies water to various parts of the Nagpur city.

Kamptee’s Cantonment still includes the Officers Training Academy for the National Cadets Corps. It also houses one of the oldest regiments of the Indian Army – The Brigade of the Guards. This is the only Indian Army regiment that has won the Param Veer Chakra. Institute of Military Law, an advanced military hospital and Army Postal Service centre is also operational here.

People from various religions and cultures live in harmony in this small town. The place is predominantly inhabited by the Buddhists. Muslims and Hindus are also in majority here however the population of Sikhs and Christians is comparatively lower. The peaceful Dragon Palace Temple, built in the year 1999 in Kamptee, is visited by Buddhists all over the world. Approximately 1,000,000 Buddhists from different parts of the world visit this holy place each year. There are around 40 mosques in the town. The famous Badi Masjid mosque in Kamptee is almost 130 years old and Shia Haidry Jama Masjid and Maula Ali Dargah are around 100 years old. The pious Maula Ali Dargah situated here is also more than 100 years old.

For the Hindu devotees there is a famous temple of Lord Rama that was built in the 19th century. The town also encompasses a 1000 year old Jain temple that includes several sculptures and carvings of Mahabharat and Ramayan. The town also houses NCI’s Christ church which is regularly frequented by the Christians staying here. Then there is an ancient church built in the cantonment area back in 1820. This is one of the oldest churches in India and a number of Christian families reside in the vicinity.