Nagpur is the largest city in central India. This city is located exactly in the centre of the Indian peninsula. Many natural and artificial lakes are flowing through this city. Lakes are one of the biggest tourist attractions for this city. Lakes are major source of tourist attraction, tourist are always fascinated by the natural scenic beauty of lakes. They can be natural of artificial. The city of Nagpur which is famous for orange has many lakes in and around the city. It has a total of 11 lakes. Khindsi and Sonegaon lakes are extremely popular lakes in Nagpur. One of the most famous lakes of this city is Ambazari lake. 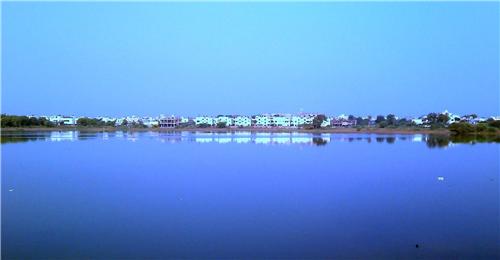 This lake is situated in the western border of Nagpur. The city of Nagpur is named after the river nag. This river originated from Aambazari lake. This lake has its origins in last century 1870 when it was ruled under Bhonsale dynasty. The main idea behind this lake was to supply water to the city. The name Ambazari was derived from the word Amba (a Marathi word for Mango). Surrounding the lake is a beautiful garden (maintained by Nagpur municipal corporation) covering an area of 18 acres with facilities like musical fountain, boat rides. 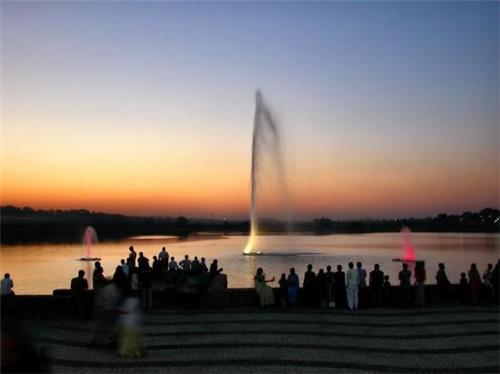 Located on the outskirts of Nagpur this lake is renowned for its scintillating lights, shore soil and park. It offers extremely calm and soothing ambience. Telangkhedi lake is also known as futala talav. It is located near bharat nagar towards Amravati road. This lake is also known for its aquatic life. This is a good place to study bio diversity. For admirers of marine life it has an aquarium depicting many aspects of it. This lake also has sail boats. People also flock in large numbers to feed the fishes present in the lake. Nagpur city usually gets burnt by the scorching heat it receives but this lake is relatively cooler so it has a soothing effect. Also on special occasions like diwali or independence day fireworks are arranged and people gather in large number to witness them. It is regarded as the marine drive of Nagpur. 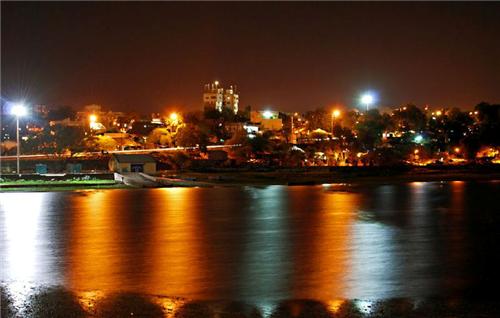 The Shukrawari Lake or better known as Shukrawari Talao (Lake in Marathi) and is also known as Gandhi sagar lake or Jumma lake. Located in the close proximity of Raman science centre it has already completed double century of its existence, close to 275 years. It was carved out of the nag river by Chand Sultan who was then the ruler of Nagpur, he named it as the Jumma Talab. When Bhonsale dynasty acquired the throne they gave it its current name. It is located in the heart of the city. There are many prime locations in the nearby areas. The main purpose behind making this lake was to regulate the water supply of the city.

It is spread over a length of 2 km and is rectangular in shape and is fenced by iron railings. There is a small garden inside this lake and a temples dedicated to lord Shiva, Ganesh, Zulelal also exists. Some of the other attractions associated with this lake are the yellow mercury illuminations surrounding it and recreational facilities like boating.