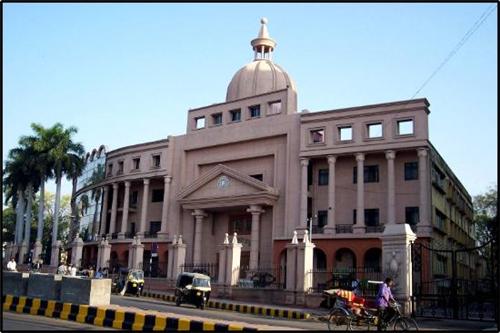 The local self-government in Nagpur district is conducted by various statutory bodies like municipalities, village Panchayats and the Zilla Parishad who enjoy the local autonomy in different degrees. These local bodies have been progressed much that can be marked in three spheres. Firstly, in regarding to their constitution, they have now become entirely elective from fully or partially nominated bodies. Secondly, their franchise has been widened from restricted franchise to adult franchise based on income. Thirdly, more powers have been conferred upon these local bodies for the administration of the areas under their charge.

Before 1950, reservation seats are provided for women, Muhammedans, Harijans, Christians, Anglow-Indians and backward tribes in municipalities. But, with the enactment of the Central Provinces and Berar Municipalities Act, 1957, it has been abolished except in case of women and scheduled castes. Every person who is an Indian citizen, has requisite residence, business premises or taxation qualifications or has attained the age of 21 years can be entitled to be enrolled as a voter. With more participation of the people in local government bodies, local people, who know well about the drawbacks and requirements of their areas, get opportunities to shoulder higher responsibilities that will lead to the development of local areas.

Divisional Commissioner, Nagpur Division, Nagpur conducts the supervision over the local bodies in the district. He has control over the self-government bodies under the Central Provinces and Berar Municipalities Act, 1922.

Nagpur district has 11 municipalities such as Nagpur Municipal Corporation, Kamptee, Ramtek, Saoner, Katol, Umrer, kalmeshwar, Mohpa, Narkhed, Mowar and Khapa. All municipalities has a term of five years to administer the particular area. President is the head of the municipality and he appoints a Vice- President among the members of the committee.

According to the Village Panchayats Act of 1946, the duties of the villages are divided into optional and obligatory. While sanitary and health measures, construction and repairs of roads, maintenance of birth and death registers and providing water-supply etc. are obligatory duties,  the optional duties are development of agriculture, cooperation, veterinary services and construction and maintenance of  dharmashalas etc. The optional functions are undertaken provided their funds permitted. Village panchayats get incomes from various sources like house-tax, ceases, sanitary tax and other taxes and also from grants from Government.

Local bodies in Nagpur have importance not only as administrative units but also as basic institutions for all-round development of rural areas.

Explore more about Administration in Nagpur