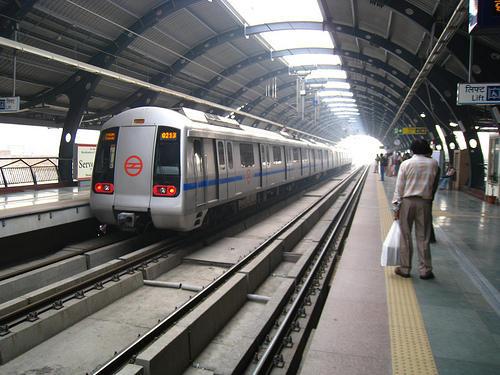 Finally, the Orange city is getting what was actually long overdue: a Metro rail service. The swanky & state-of-the-art Nagpur Metro will roll out its service by the end of 2021. This ambitious project will surely unleash new revolution in the lives of Nagpur citizens. But, more importantly it will propel Nagpur to big clubs & economic powerhouse cities like Mumbai & Delhi. Nagpur with its inherent advantage of being India’s most centrally located city & home to vast talent pool was for long waiting for a magnanimous project that could help her in tapping its hidden potential. And Nagpur Metro is undoubtedly that magnanimous project that will surely start a new chapter in the history of Nagpur.

Although this project was conceived many years back, but it took final shape only in 2012; when the appointed implementation agency Nagpur Improvement Trust (NIT) signed an agreement with Delhi Metro Rail Cooperation (DMRC) to prepare the Detailed Project Report (DPR) for a metro rail service in Nagpur city. Delhi Metro Rail Cooperation or DMRC doesn’t need any introduction at all. It is the same agency that built the world class Delhi metro, which today is considered amongst the most efficient metro services in entire Asia.

DMRC accordingly submitted the final report to Nagpur Improvement Trust in February 2013, which was duly accepted by Government of Maharashtra and eventually set the ball rolling for Nagpur Metro. As of today, the entire project is expected to cost Rs 7,350 Crore and would be jointly funded by State Government of Maharashtra and Central Government of India. As per the stated plan Nagpur Metro Region will compromise of 2 routes, i.e. Kamptee to MIHAN Metro Depot and Prajapati Nagar, East Wardhaman Nagar to Lokmanya Nagar, Hingna.

It is estimated that, when Nagpur Metro will eventually start its operations in 2021, approximately 363,000 commuters would use it on daily basis. Needless to say, the metro service would lend a new lease of life to Nagpur people who today are facing harrowing times while commuting because of explosion in city’s population. However, notwithstanding all the good things that this project will eventually bring to Nagpur people, its implementation though will be very challenging. As like all the ongoing metro projects in the country, Nagpur metro is destined to face humongous engineering challenges. But more than the engineering challenges, this immensely ambitious project could be jeopardized if it falls prey to India’s infamous bureaucracy and red tape service. And of course not to mention that construction of this ambitious project has not even begun and project’s date of commencement is also still shrouded in mystery.

One can only hope that Nagpur Metro doesn’t face the same fate that ambitious Mumbai Metro had to face. Mumbai Metro which was inaugurated with all the plump & glory was set to commence its service in 2010, but sadly it is still in construction process even today. So, it is suffice to say that Nagpur Metro with all its noble intentions is still a distant dream, but if this dream does see a day of light then it would undeniably start a new chapter in the lives of Nagpur people.