Nagpur to Bhopal by Road

Nagpur’s strategic location has placed it among the most coveted metropolis in Central India on the fringes of Maharashtra. Famous for its historical sites and built by the Bhonsle kings, Nagpur have fast evolved as the top tier cities in India. Strategic proximity of Nagpur with neighbouring states of Goa, Andhra Pradesh, and Madhya Pradesh posits the city as a popular tourist and stopover destination to travel to other cities. Similarly, Bhopal- a popular tourist destination in the state of Madhya Pradesh and capital of the state is worth visiting with a hop skip jump from Nagpur. The distance is so negligible that a traveller can reach Bhopal in half a day’s time.

The distance to be covered between Nagpur and Bhopal by road is approximately 353 kilometres which can take around 5 hours. The route to be followed to reach Bhopal from Nagpur is via Amla through Chindwara, Betual, Sarni, Itarsi, Hoshangabad and Maharana Pratap Nagar. Travelling options include travelling by train and flight. However, travelling by bus, rental car service or private car is also an exciting journey on this route. 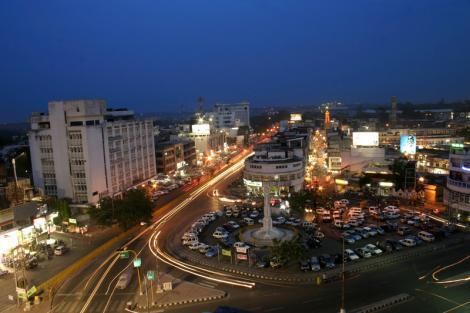 Regular bus service can be availed; both private and state transport buses that ply between Nagpur and Bhopal. Red Buses operated by Maharashtra State Tourism travel on this route everyday from morning, afternoon and evening. Luxury coaches, Volvo buses, AC and non AC buses are also available on this route for which booking can be done over the phone or online and even by contacting travel agencies who operate these bus services between Nagpur and Bhopal. The bus fare might depend on the preference of a passenger and the service desired. Online taxis and rental cabs are also available on this route and the fare might vary from INR 10,000-20,000 regarding preference of the car. Round trip options are also provided by the travel agencies from Nagpur to Bhopal and vice versa.

The road condition from Bhopal via Gadarwara, Narsinghpur, Lakhnadon, Seoni, Deolapur, Ramtek, Kamthi and finally Nagpur is good except the route through Sagar, which is advisable to avoid.

Eateries, Restrooms and Accommodation between Nagpur to Bhopal by Road

Since Bhopal is so close to Nagpur border, it can be travelled in 5 hours and hence frequent breaks are not needed in between. There are several fuelling stations in between Nagpur and Bhopal where restrooms are available and also refreshment options on the State Highway and National Highway as well. Hotels in Bhopal are abundant suited to every visitor’s budget and preference ranging from Hotel Amar Vilas, Hotel Sonali Regency to Courtyard by Marriot Bhopal and several others that are scattered throughout the city. There are also several multi cuisine restaurants which serve authentic platter.

Nagpur was invented by the Gonds which later was acquired by the Bhonsle Kings under who the city flourished during the Maratha dynasty and hence the city is also famous for being a zero mile marker denoting its position in Central India along with housing Tiger reserves and IT hub as well.

Bhopal on the other hand, is known as the City of Lakes; as the city is surrounded by several artificial man made reservoirs and natural lakes. Founded by Bhoja rulers, Bhopal witnessed change of rulers several times from Marathas to Mughals and finally British Empire. With its historical importance, Bhopal is a tourist hub with Van Vihar National Park, Taj ul Masjid, Bharat Bhavan, Lower Lake, Bhimbhekta caves, Sanchi and who can resist Khajuraho on a visit to Bhopal. Conducted tours are available from MP tourism. So visit Nagpur today, make it a central destination and tour rest of India from this centre!