Maharashtra is an Indian state which is situated in the western part of the sub-continent. The land is divided into six divisions such as Pune, Amravati, Nashik, Aurangabad, Konkan and Nagpur. In travel and tourism industry, the state also shares an important role in the promotion of Incredible India. 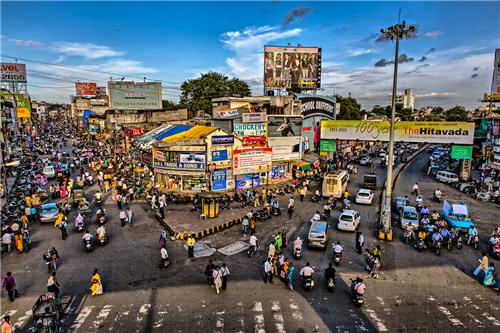 The city is more than 3000 years old and has strong history. The name of the region was revealed from the copper-plate inscription dated back to 10th Century, discovered by the group of historians at Devali which is situated in the district of Wardha. Hindu King Vindhyasakti ruled the place till the era of 3rd Century. The Second Anglo-Maratha War (1803) and the Third Anglo-Maratha War (1817) are two wars that rulers fought with British Raj in the erstwhile era.

In present day, it is one of the rapid growing cities in the field of textile Industry. The city is served as the winter capital of the state. Nagpur is also renowned as “Tiger Capital of India”. It is the largest territory in the central part of the country.

Shukrawari Lake – It is one of the most beautiful lakes. This is over 275 years old lake which was established by Chand Sultan as a source of water supply. Water is the main source of life for everybody, so the king decided to provide sufficient water to his citizens and he constructed a stream by diverting from the Nag River. And, these streams finally connect to Jumma Talab (a water reservoir). This attractive lake is located very close to one of the tourist attractions – Raman Science Centre. 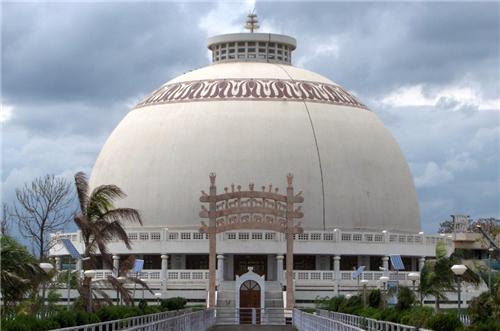 Deekhsabhoomi in Nagpur
Deekshabhoomi – It is one of the religious and historical monuments located in the city. The monument is the sacred place of worship for Buddhism. Literal meaning of Deekshabhoomi is Deeksha = ‘act of ordaining’ and Bhoomi = ‘the ground’. The place is closely and strongly connected to the life of Dr.Ambedkar. The majestic architecture of building captivates attention of visitors. The monument spreads over an area of 4 acres and was designed by the Sheo Dan Mal (an architect). The construction of the structure was established in the month July of 1978. It took many years to complete the building. Recently, it was inaugurated by K. R. Narayanan on 18th December 2001. Attractive sites in the complex are the Bodhi Tree, Stupa and Vihar. The main gate which leads toward the main stupa is elegantly decorated and designed.

Sitabuldi Fort – The fort is connected with the history of Nagpur. It is the place where the Battle of Sitabuldi was fought in the year 1817. It is located on the top of hill in the central region of the city. The fortress was constructed by Mudhoji II Bhonsle before the Third Anglo-Maratha War. Sitabuldi region is the exact location where the fort is placed. Sitabuldi is the cultural and commercial hub of city. The fort features many structural buildings. Inside the complex of castle, there is a memorial monument dedicated to the soldiers who sacrificed their lives in the Third Anglo-Maratha War.

Places to Shop in Nagpur

Some tourists think that vacation is incomplete without going for shopping in the markets of the destination. Being a major city of the state, scores of bazaars are scattered in every corner of the city. Nagpur’s markets are famous for Jewellery, Textiles, Quilts & Blankets and Handicrafts & Handloom products. Sitabuldi, WHC Road, Residency Road, Itwari and Dharampeth Road are a few names of the markets. There are also other modern shopping malls where visitors can go for shopping. While shopping, don’t forget to taste mouthwatering cuisines of Nagpur in the food stalls located around the market.

Nagpur is one of the rapidly growing cities and there are numerous types of accommodations that are available starting from budget to luxury range. These cocoons offered warm hospitality and state-of-the-art facilities to make your stay comfortable during your short visit.

Traveling Around in Nagpur

Nagpur is well connected by train, road and flight from all the major destinations of India. One can travel in and around the city by means of different transit systems. If you are looking for your next holiday destination then choose Nagpur and explore the unique charm of the city. You can book an itinerary according to your interest and it depends upon the number of days where you want to stay and how you like to travel. There are many holidaymakers who can tailor a perfect package especially for you at reasonable rates. If you are computer friendly then search now to book your package with the help of internet in a single click and your itinerary will get ready.

Have a lovely holiday in Nagpur!