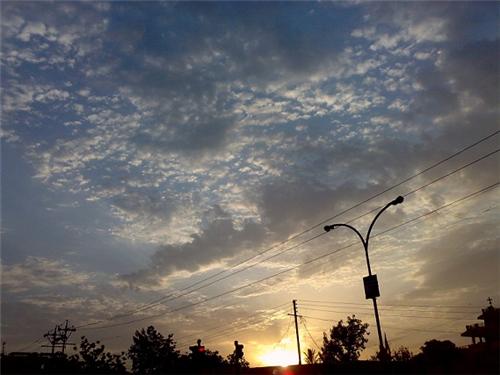 The climate of Nagpur has the same seasonal monsoon pattern in which the hottest months are May and June and can be as high as 48 degree Celsius. Monsoon starts here in July and lasts up to September. The peak time of monsoon is during July and August. After monsoon season, the temperature of Nagpur may vary between 27 degree Celsius and approx. 6 to 7 degree Celsius. The months of December and January give you the experience of chilling winter. The place has humidity that ranges from 20% to 70%. Nagpur, which gets the average rainfall of 120 cms, generally has a dry tropical weather.

Nagpur has a total area of 228 square kilometres of which 28% is covered by forest. The underlying rock type in the Southern and Western localities of Nagpur is Deccan Trap. The lava flows here gave rise to flat topped and terraced features. Crystalline Metamorphic Rock such as granites, schist and gneiss’s cover the Eastern halves of the place. The yellowish sand stones and clays of the lower Gondwana formations can be found in the Northern Part of Nagpur. In most part of the city, the underlying rock strata are covered with sedimentary deposition which is resulted from the flood plain of the Kanhan River. Even though sandy granular soils are found in some places, most places, especially low lying, poorly drained areas are covered with soils that are alluvial clays with poor permeability characteristics.

Even though the greater part of Nagpur is an undulating plain, it is traversed by low hill ranges.  In the north, the twelve miles of the district is covered by a strip of Satpura hills and more towards the east. Immediate south lays the western extremity of the Ambagarh hills where you can see the well-known temples of Ramtek. Another low range hills runs down the length of Nagpur on the western border and it continues to the south-east past Umrer after a break formed by the valley of the Wunna river. Pilkapar hills, a third small range, cross the Katol tehsil of Nagpur from north to south. In addition to these hills, there are several detached hills which is visible for a long distance, notably that of Sitabaldi in Nagpur city. Even though these hills don’t have much height (the highest is not exceeding 2000 feet), they provide a varied and picturesque appearance clothed with forest.

The description of physical features of Nagpur will be completed only mentioning its rivers. Rivers in Nagpur play a vital role in agriculture of the district. The crops grown in the territory have a great support of the water of Nagpur rivers. Godavari is the most important river that flows across the city. Some other important rivers of Nagpur are Nag River, Pench River, Sur River, Kanhan River, Wainganga River, Chandrabhaga River, Pilli River, Aam River, Kolar River, Wardha River, Bor River, Vena River, Jam River etc. These rivers also contain several dams within the territory of the district such as Jamb Dam, Pendhari, Nanda Dam, Vena Dam and Gosikund. 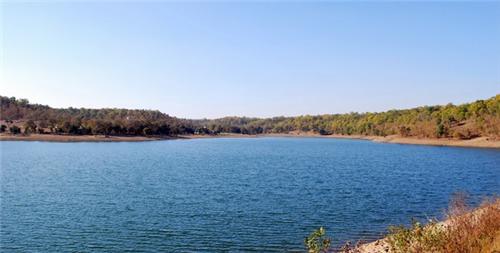 Besides the rivers, Nagpur also possess around 11 lakes which are the major water bodies in the district. Among the 11 lakes the most well-known lakes are Ambazari Lake, Telankadi Lake, Shukrawari Lake and Futala Lake. Ambazari Lake, which is situated 6 km west of Nagpur, provides boating facilities to the visitors. The Ambazari Garden next to the lake arranges several recreational facilities like mini train, swinging Columbus boat and many more. Telankadi Lake is located in the outskirts of Nagpur and is a good picnic spot and an ideal family vacation place with impressive soft sandy shore, playing park and colorful illuminating lights. Shukravati Lake, which is a renowned picnic spot, is a place away from the hustle and bustle of the crowded city. Futala Lake is famous for its charming atmosphere and so it is a favorite hangout place for all types of visitors. The fascinating surrounding and the pleasant atmosphere of the lake make is a beautiful picnic spot visited by plenty of people every day.

You can use roads, railways or airlines to reach to Nagpur. There are National Highways as well as other road route to travel across the region. The broad gauge railway tracks connect Nagpur to all the four metros and other major cities and towns of the country. Sonegaon Airport, which is 7.5 kilometres in the south of this city, is the nearest airport to Nagpur city that is connect with flights from all the major cities of India.

Explore more about Geography of Nagpur