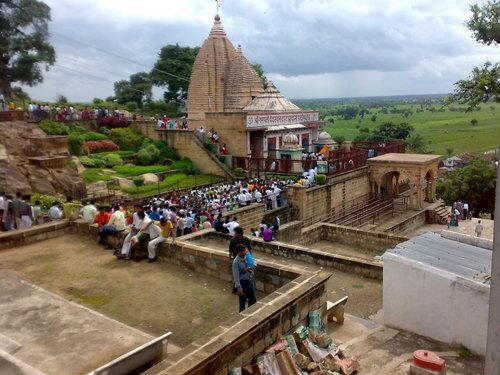 Saoner is a small town, presently functioning as tehsil town headquarter in the northern part of Nagpur district. It is positioned at 36 km away from Nagpur city. Located at the bank of Koler River, this small town is connected with Nagpur via a narrow gauge railway. The town is administered by Saoner Municipal Council.

Pola, the festivals of bullocks and Holi, the festivals of color are the main festivals of this small town. Agriculture is the main occupation of this township although some teli( dealing in oil business) and Koshtis( dealing in cotton business) community people stay here as permanent residents. This town is the part of Ramtek loksabha Constituency. The climate of this place is typically tropical. Here summer is extremely hot and winter brings moderate chillness in air.

This small town has a rich history of its own. Historians admit that in ancient age the place was named as Saraswatpur and it has its reference mentioned in Jaimini Ashwamedh. Nearby Ganpati and Mahedeo Mandirs in nearby village Adasa are quite old by their chronological age and is still believed as the gateway temples of the city of Saraswatpur. The remains and ruins of the large stone built fort is the signature emblem of the historical importance of this town. Later on around 1862, the town was under the ruling power of Bhonsla Dynasty and since then a municipality was formed for managing the entire administration of this township. In 1876, the system of octroi was abolished and consequently the income of the ruling municipality was decreased abruptly. Saoner people had participated actively in the Quit India Movement on the year 1942 and that participation has earned a special historical importance to this small town of Nagpur.

However the fiscal strength of the municipality has been improved recently due to the emerging new market of cotton. Now the earning of the municipality is around Rs 9000 from conservancy cess, dues from cotton market, house tax accumulated, and cattle registration costs.

Economy of the town

Saoner is famous for its industries, which are based on textile manufacturing, coal mines, and paper manufacturing industry. However, besides these, majority of people of Saoner live by agriculture. Cultivation of Orange is one of the prime occupations of the local farmers as 65% farmers are involved in growing oranges.  However, coal business is also in good demand and hence it is being counted as a source of local employment since a long time.

In every Friday a mega cotton and cattle bazar is held at Saoner. Here also 2-3 hundred cattle are sold per week. The cotton market of Saoner is developing rapidly. The railway connectivity of Saoner  has helped the local cotton merchants for sending their cotton in three directions such as Chhindwara, Amrvati, and Itarsi. The market is developing soon and it is expected that soon this new cotton market will bring new prosperity to this town.

Saoner has some special attractions for its guests, and these are the sacred temples around the town. Some of these towns are pretty old and has historical significance too.

Adasa village is the famous spot for the antique Ganesh temple, which has a statuette of the deity Ganesh, and it is believed that the idol have been self-evolved here. Ganpati temple of Saoner is one of the eight Ashta-Vinayaks in Vidarbha and is considered as an extremely sacred point of worship. The village is situated 45km from Nagpur, and the temple is located on a hillock. Apart from the Ganesh temple there are some other temples and it is anticipated that these temples are almost 4000 year old. Out of all these temples, the Ganesh temple is built in Hemadpanti style, and the idol is made of a single stone and it is 7 feet wide and 12 feet tall in size.

The Temple of Vithoba

Around 2 kilometres away from Aadasa, there is another small village named Dhapewada. This small one is located on the banks of the Chandrabhaga River. The temple of Vithoba is located at the bank of the river. It was built by the Diwan to Raja Bajirao Bhonsle, Umaji Aba. The village Dhapewada is also recognized as Vidarbha's 'Pandharpur'. The temple of Vithoba premise is calm and scenic. The green beauty of the place has added to its quietude.

How to reach at Saoner

You may reach Saoner by roadways, by rail, and also by air. However, you will not get any regular flights directly to Saoner. Nearest airport of Saoner is Sonegaon Airport that is 33km away. Saoner is well linked to other main cities of India via regular trains. Nearest rail station is Saoner Junction. You can easily avail regular buses to reach Saoner from other major cities of the country. Nearest bus station is Saoner. However, road condition between Nagpur and Saoner is quite good. You can hire 4-wheelers also to reach Saoner from Nagpur.